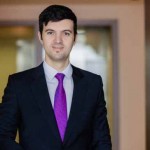 After four and a half years after its signing in Paris, Romania ratifies The Multilateral Convention to Implement Tax Treaty Related Measures to Prevent Base Erosion and Profit Shifting. The document acts as a protocol aimed at amending several tax treaties, thus creating a general and effective mechanism with the purpose of avoiding bilateral renegotiations of double taxation treaties. But, inexplicably, Romania chose not to apply the provisions related to arbitration, used by taxpayers when they have been taxed contrary to the provisions of a treaty by the contracting jurisdictions, after the state tax authorities fail to reach an amicable agreement in this regard. What are the effects of this incomplete implementation?

Generally, the Multilateral Convention amends the tax treaties concluded by two or more countries and introduces several provisions and measures that prevent the artificial transfer of profits to other jurisdictions. Thus, although the Multilateral Convention represents a step in the right direction to eliminate the problem of tax base erosion and profit transfer, hence, providing more legal clarity, the way in which Romania ratified the Multilateral Convention does not bring the benefits that taxpayers hoped for, especially related to the effective and practical elimination of double taxation (companies are taxed in two states for the same income).

Specifically, Romania will implement in its tax treaties provisions such as: amending the preamble to the tax agreements, to explicitly mention that, although the purpose of the treaties is to avoid double taxation, their application can in no way create opportunities for non-taxation, reduced taxation, or tax avoidance. By implementing this preamble, the Multilateral Convention tries to eliminate the possibility of a taxpayer to evade the payment of taxes by construing inconsistencies in the tax legislation or by exploiting some unclear or incomplete provisions from a certain treaty.

Moreover, with the application of the Convention, the benefits granted to the taxpayer through a tax treaty regarding the elimination of double taxation will be eliminated if it is found that the purpose or one of the main purposes for concluding any arrangement or transaction by the taxpayer was to obtain said benefits. The measure is intended to discourage artificial transactions carried out with the purpose of obtaining lower taxation rates in another State, even though the profit-generating activity has been carried out in the other State.

It remains to be seen, of course, the practical manner in which the tax authorities will analyze the extent to which a particular transaction has been carried out with the scope of benefiting from a tax exemption or reduction, taking into account the already existing tax disputes regarding the authorities’ assessment criteria when reclassifying or not taking into account a transaction, in accordance with art. 11 of the Tax Code.

The Convention will also introduce rules on the taxation of dividends paid by a resident company. For example, it is provided that the tax exemption or reduced taxation of dividends will take place only to the extent that the beneficiary holds the dividend-generating capital for longer than 365 days, eliminating, thus, the possibility of transferring capital between affiliated companies in order to benefit from tax exemption in a particular state.

Romania’s choice, however, not to opt in for the settlement of differences between states through arbitration (respectively, through an arbitral tribunal composed of natural persons with experience in aspects of international tax law), creates a considerable disadvantage for taxpayers, who will be deprived of an essential tool for forcing the states to apply fair and consistent tax treatment. Practically, without arbitration, if the contracting jurisdictions fail to reach an amicable settlement (extremely present in practice), there is no way to unlock the situation, the taxpayer being the only one harmed.

The entry into force of the Convention will take place within three months from the date when the Ministry of Finance will submit to the OECD the ratification instrument. Neither Law no. 5/2022, which ratified the Convention, nor did the Ministry of Finance indicate when the effective submission of the instrument of ratification will take place. According to the OECD, the submission did not take place until now.

Following the entry into force of the Convention, it is essential for multinational companies that want to apply the provisions of certain tax treaties to corroborate the provisions of the Multilateral Convention alone (or with the help of consultants) taking into account that Romania has no obligation but only the possibility to develop consolidated versions of the treaties, as amended by the Multilateral Convention.

We can only hope that Romania, finally realizing that double taxation still represents a real problem for taxpayers which operate in multiple jurisdictions and, consequently, for the Romanian state, by reducing foreign investment, will adopt the other useful tools provided by the Multilateral Convention, such as the arbitration procedure.

An article written by our colleagues, Alex Slujitoru and Răzvan Brătilă.