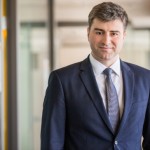 As of 18 April 2022, a new system for authorizing foreign investments made by persons from outside the European Union appeared in Romania. Although a system for evaluating these operations has been in place since 2012, the new legal framework (implemented by GEO 46/2022) increases the complexity of the procedure, without bringing - at least for the time being, in the absence of the implementing rules - any additional benefit. Instead, the fines reach up to 10% of the previous year's worldwide turnover!

The type of investments that are targeted. Virtually, any non-EU investor - American, Russian, British, Chinese, Canadian, Swiss, Japanese, Turkish, South African, etc. - who wants to buy a company or an asset in Romania or who wants to make an investment from scratch in certain business areas and who is willing to spend more than EUR 2,000,000 (an insignificant amount in terms of the current economy) must obtain an approval from the Romanian authorities.

The investments for which this approval is mandatory must be made in one of the following areas, which, according to the CSAT decision 73/2012, are essential for the public order and the security of Romania. These are - without further details or clarifications - the security of the citizen and of the communities, of the borders, of the energy, of the transports, of the vital resources supply systems, of the critical infrastructure, of the IT and communication systems, of the financial, fiscal, banking and insurance activity, of the production and circulation of weapons, ammunition, explosives and toxic substances, industrial security, as well as the protection against disasters, of the agriculture and the environment, respectively, the protection of privatization operations of state-owned enterprises or their management.

Who are the targeted investors? The first question would be why such an authorization system of direct foreign investment is necessary. This system is regulated at the EU level, in principle, without too many procedural details, by Regulation 2019/452, and has been in force since 11 October 2020. The task of assessing the compatibility of the direct foreign investment with the national security and public order falls, first of all, with each Member State. The regulation does not discriminate against investors from certain states, although it was speculated during its drafting that Chinese and Russian investors would be primarily targeted. However, this tool has been used by various Member States to restrict other investors as well: for example, at the end of 2020, France blocked the acquisition of the military equipment manufacturer Photonis by the American group Teledyne, the fundamental argument being that the French sovereignty is a priority. Therefore, investors from NATO Member States (for example) are not exempted from obtaining this authorization.

What are the new features of the new authorization system? In principle, from 2012 onwards, if the investment concerned one of the areas indicated above, the approval of the CSAT had to be obtained, either by direct notification of the CSAT or by notification of an economic concentration to the Competition Council (which further informed the CSAT). The new system, implemented by GEO 46/2022, involves the setting-up of a Commission for the examination of direct foreign investment (abbreviated CEISD), which has no legal personality and whose secretaryship is provided by the Competition Council. This commission includes representatives of the Prime Minister, of the Competition Council, of the General Secretariat of the Government and nine ministries. SRI and SIE representatives are also permanently invited. The areas targeted are those specified, 10 years ago, in CSAT Decision 73/2012 (and listed by us above).

So, what has changed? First of all, the fines are very high, similar to those in the field of competition: up to 10% of the total worldwide turnover obtained in the previous financial year. The enterprises newly established by direct foreign investment, which did not register a turnover in the year prior to the sanction, will receive a fine between RON 10,000,000 and RON 50,000,000. Possible fines are imposed by the Competition Council.

Secondly, only investments of more than EUR 2,000,000 should be authorised - a very low threshold anyway. Even so, direct foreign investments that do not exceed the threshold of EUR 2,000,000 may be subject to examination and approval by the CEISD if, by their nature or potential effects, they may have an impact on the security or public order or pose a risk to them. In other words, non-notification of an investment of less than EUR 2,000,000 is made at the risk of the investor, who may later find out that an authorization would have been required.

Thirdly, the criteria used by the CEISD to evaluate an investment are those provided by the EU Regulation 2019/452, namely (in particular, therefore, not limited): (a) whether the foreign investor is directly or indirectly controlled by the government of a non-EU country, including by state bodies or its armed forces, including through the ownership structure or significant funding; (b) if the foreign investor has already been involved in activities affecting the security or public order in an EU Member State; or (c) if there is a serious risk that the foreign investor will engage in illegal or criminal activities.

We hope - as usual - that the implementing rules will clarify things. The implementing rules of GEO 46/2022 should be issued by June 17. They should, first of all, detail the investments that need to be notified. There is no doubt that the weapons, the ammunition and the dual-use products (military and civilian) are sensitive issues, but the vast majority of economic operations are more commonplace. For example, does the purchase of a dental clinic or a pharmacy chain fall into the category of investments that require authorization? Is this a case of health infrastructure (specifically mentioned in the EU Regulation) or not? What about buying a stake in a private courier company? Does this affect the security of the transport? Is the development from scratch, with a Japanese or American investment, of software that facilitates online food orders, such an important activity during the pandemic, part of the concept of "security of vital resources supply systems"? Can the acquisition of a farm with 800 hectares of arable land by an Arab investor harm the "protection of agriculture"? Does the expansion of an investment, with Canadian funds, for the production of safety helmets, in the factory or on site, harm "industrial security" or "the protection against disasters"?

We remind you that the fines are huge, up to 10% of the previous year’s worldwide turnover. Even in the absence of a turnover for the previous years, the minimum fine is of RON 10,000,000. Not only the fines are problematic. It is quite clear that GEO 46/2022 was drafted in a very short time, sometimes through the copy-paste method - for example, art. 12 (6) states that “the statute of limitations starts on the date the last anti-competitive act or fact in question ends”, the wording being copied from the Competition Law 21/1996, without replacing the term “anti-competitive” with something more appropriate to the foreign investment context. We can only hope, therefore, that the drafting of the implementing rules will be done with increased attention to the potential harmful effects, difficult to assess at this time - going as far as the near-complete blocking of non-EU investments in Romania.