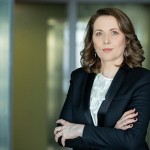 According to the points of view of various authorities, the building/demolition permits and town planning certificates remain valid throughout the state of alert and for an additional 90-day period after its termination, as they qualify as documents issued by public authorities and no special regulations have been issued in this respect. Moreover, this extension also applies to building/demolition permits for which the notice of commencement of works has been submitted.

We emphasize that, although, apparently, the provisions of Law 55/2020 on the measures for preventing and combating the effects of the COVID-19 pandemic (by which the automatic prolongation of the validity of deeds issued by authorities was enacted) are meant to help investors, practice shows us that the application of this law may become problematic, especially in respect of town planning certificates, namely in respect of the building permitting procedure.

Thus, an investor with an urban planning certificate that expires during the state of alert will face a situation where he will only have an additional 90 days (calculated as of the end of the state of alert) to obtain all the necessary approvals for the building permit to be issued. Moreover, it is possible that the planning certificate will also require the preparation of a zoning plan (PUZ) or other planning documentation in order to obtain the building permit.

The experience has shown us that it is unlikely for the process of obtaining all the necessary approvals to be completed in 90 days, especially considering that there will be an increased number of applications to be submitted in the period following the expiry of the state of alert.

An expired town planning certificate at the end of the 90 days following the state of alert period, without having obtained a building permit, would trigger the obligation to a re-initiation of the entire authorization procedure. Moreover, the state of alert is usually extended for successive 30-day periods, yet the extension is carried out by default and there is no predictability as to when such an ("automatic") extension will no longer be decided by the Government. Consequently, an investor cannot assess the moment when the state of alert will end in order to be ready to start or complete, as the case may be, the obtaining of all necessary approvals or to apply for a formal extension of the urban planning certificate under Law 50/1991 on the authorization of construction works.

Thus, we have to balance two different regulations having the same purpose: on one hand, the specific regulation on authorizing the execution of construction works (Law 50/1991), which allows town planning certificates and building/demolition permits to be extended once for a period of up to 12 months and, on the other hand, the state of alert regulation which provides the automatic extension of the documents for the duration of the state of alert and for an additional period of 90 days after its termination.

What we would like to emphasize is that a formal extension by 12 months of town planning certificates and building / demolition permits gives predictability to the process of authorization and execution of construction works, while the automatic monthly extension, based on government decisions which “perpetuate" the state of alert, is uncertain and unpredictable for such a process.

Concluding, in order to allow investors to act with greater predictability during the authorization procedure, there needs to be a clear regulation allowing investors (who intend to continue the authorisation of construction projects during the state of alert) to opt for the formal extension of the documentation by 12 months, in accordance with the procedure established by Law 50/1991. The same rationale applies for the completion of execution works based on building/demolition permits which were already issued.